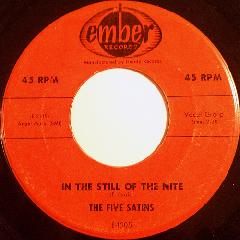 “Five Satins frontman Parris wrote the song while on guard duty in the Army, and the group recorded it in the basement of a church in Parris’ hometown of New Haven, Connecticut. The roughness shows: The drums and piano are muffled, the alto sax cracks during the solo, and the backing vocals wander off-key. But the primitive sound — and the fact that only four of the Five Satins were even present for the session — can’t keep ‘In the Still of the Night,’ originally released as a B side, from being a sublime, definitive piece of doo-wop.” –Rolling Stone, “The 500 Greatest Songs of All Time” 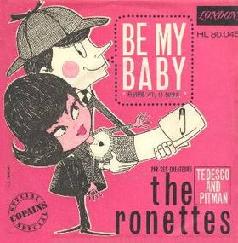 79. “Be My Baby”  Written by Phil Spector, Jeff Barry and Ellie Greenwich, Performed by the Ronettes (1963)

“One of the defining rock ‘n roll songs of the 1960s — a song notable for its role in advancing a new sound that changed pop music — is the Ronettes’ 1963 blockbuster, ‘Be My Baby.’ … In 2006, the U.S. Library of Congress chose the [song] to be added to the National Recording Registry… Brian Wilson of the Beach Boys — no slouch when it came to composing ground-breaking 1960s’ music of his own — has called ‘Be My Baby’ one of the greatest pop records ever made and is his ‘all-time favorite song.'” –Jack Doyle, PopHistoryDig.com 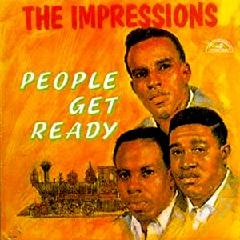 78. “People Get Ready”  Written by Curtis Mayfield, Performed by the Impressions (1965)

“Curtis Mayfield’s frankly religious ‘People Get Ready’ is a pop and R&B standard that seems like it must be an old traditional hymn. Mayfield wrote it out of his own religious background, using the image of a train on a faithful ride. The train is going to Jordan, and anyone possessed of the key of faith is welcome to board it. ‘The hopeless sinner’ cannot find a place, but the song remains wonderfully optimistic and uplifting. Mayfield wrote gently melodic music to accompany his message.” –William Ruhlmann, AllMusic.com 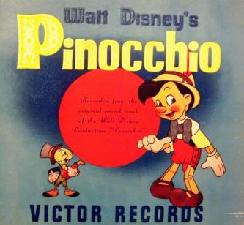 77. “When You Wish Upon a Star”  Written by Leigh Harline and Ned Washington, Performed by Cliff Edwards (1940)

“‘When You Wish Upon a Star’ hangs for the most part on vocalist Cliff Edwards’ performance. Walt Disney did not settle for an operatic voice for this main title, but rather to a singer of the 20s, well-known as ‘Ukulele Ike,’ who used to brilliantly sing jazz songs. So, with Walt Disney wanting a jazz singer for Pinocchio, Jiminy sings typically American songs, with a typically American style (of the time), where all the elements converge to the heights, to the Star: the pitch of the singer, the melodic line (ascendant ninths), and the lyrics.” –Jérémie Noyer, AnimatedViews.com 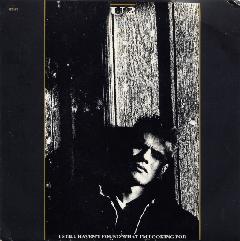 “‘The music that really turns me on is either running toward God or away from God,’ Bono told Rolling Stone. U2’s second Number One single revels in ambivalence — ‘an anthem of doubt more than faith,’ Bono has called it. The song was typical of the arduous sessions for The Joshua Tree: Originally called ‘Under the Weather,’ it began, like most U2 songs, as a jam… ‘It had this great beat,’ [Daniel] Lanois said. ‘I remember humming a traditional melody in Bono’s ear. He said, ‘That’s it! Don’t sing any more!’ — and went off and wrote the melody as we know it.'” –Rolling Stone, “The 500 Greatest Songs of All Time” 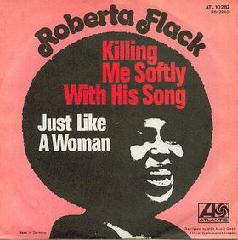 75. “Killing Me Softly With His Song”  Written by Charles Fox and Norman Gimbel, Performed by Roberta Flack / The Fugees (1971)

“In 1973, Johnny Mercer grumbled, ‘How the hell can you write a song with the word “Killing” in the title?’ The venerable lyricist, then at the end of his career, was trying to make sense of one of the chart-toppers from that year. What’s odd is that such a lyrical connoisseur couldn’t appreciate the brilliance in the phrase ‘Killing Me Softly With His Song.’ Or the accompanying chorus lines: ‘Strumming my pain with his fingers’ and ‘Singing my life with his words.’ … And what a voice. If Aretha is the Queen of Soul, then Roberta is the Ballerina of Soul.” –Bill DeMain, Puremusic.com 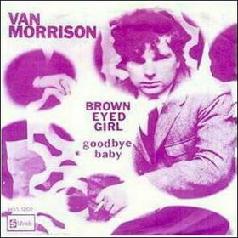 “Possibly Van Morrison’s biggest international hit record, ‘Brown Eyed Girl’ came between his career as the lead singer of Them and his emergence as a solo singer/songwriter… [I]t’s based on a simple, three-chord pattern and a slightly Latin feel. Lyrically, however, is where Morrison’s song contribution shines, with its semi-autobiographical tale of rural romance and fond remembrances of geographic locations. The excellent bass-heavy instrumental bridge is one of the song’s most important hooks, and it’s a long-remembered part of the song to almost any AM radio listener of the period, even to this day.” –Matthew Greenwald, AllMusic.com 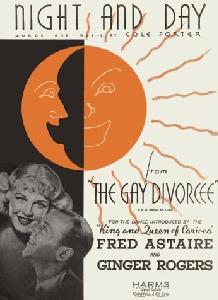 “On a pure structure level, the composers associated with the Great American Songbook probably get closer to ‘perfection’ (if there is such a thing where song is concerned) more often than anyone else… [J]ust when you grasp the devices Cole Porter uses for ‘Night And Day,’ the melody slides up a minor third and the key changes. Suddenly what had been a fairly buttoned-down theme suddenly blossoms, on the bridge strain, into a wistful, confessional reverie. The episode only lasts 8 bars, and when the song snaps back, the change is (excuse the obvious) as vivid as night and day.” –Tom Moon, NPR 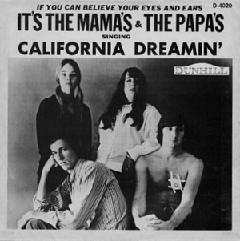 72. “California Dreamin'”  Written by John Phillips and Michelle Phillips, Performed by the Mamas & the Papas (1965)

“One frigid winter in Manhattan, a song came to John Phillips in the middle of the night. He woke up his young wife, Michelle, who was homesick for the West Coast, to help him finish writing ‘California Dreamin’,’ one of the all-time sunniest songs of longing. The tune was first recorded by Phillips’ folk group the New Journeymen and later given to Barry McGuire as a thank-you after McGuire, riding high with ‘Eve of Destruction,’ introduced the group to producer Lou Adler, who convinced the Mamas and the Papas to cut it themselves.” –Rolling Stone, “The 500 Greatest Songs of All Time” 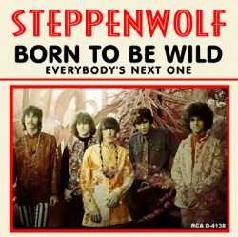 “The group came to prominence in 1969, when ‘Born to Be Wild’ was featured in the opening sequence of the landmark film Easy Rider. The song became a call-to-arms for a generation of rebellious youth, and its reference to ‘heavy metal thunder’ became the tagline for the musical style it adopted. ‘Born to Be Wild’ ultimately reached number two on the Billboard singles chart that year. By 1999, the song had appeared in more than sixty films and television programs.” –St. James Encyclopedia of Popular Culture