“To many people, Glenn Miller’s music is forever connected with a time and outlook in a way that few of his contemporaries can claim. While many of his songs are classics, with ‘In the Mood’ Miller gave the Swing Era its defining moment. With the possible exception of ‘Sing, Sing, Sing’ it’s the one big band song that everyone seems to know, and generally it’s only Miller’s original version that gets wide circulation. But it’s also one of the best dance songs to emerge from the period, a bouncy fox trot that got the older people on the floor and appeased a younger crowd eager for killer-dillers. There was also the famous fade away section, which never seems to lose its element of suspense upon repeated listenings.” –David Rickert, AllAboutJazz.com 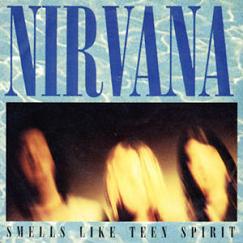 “It was easy not to listen to music then. The Milli Vanillis and Tiffanys seemed to have drained the life out of the record charts. But halfway through ‘Teen Spirit,’ I sat up in my seat. Clearly, the singer was pissed off, though I couldn’t understand a word he was saying. But he was also reaching into the melodic stratosphere and coming back with a simple tune that made you want to do something… The story of ‘Smells Like Teen Spirit,’ and the success that this five minutes and two seconds attained, is the story of rock ‘n’ roll: ugly and beautiful and triumphant and tragic… It’s a picture of modern youth, including those who have just entered adulthood but are unsure they actually want to stay there.” –Jamie Allen, Salon.com 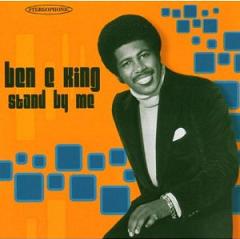 “‘Stand By Me’ sounds like it wasn’t written, that it just always existed — it wasn’t heard until Ben E. King released it as a single in the spring of 1961. Of course, that isn’t the case. King wrote the song with Jerry Leiber and Mike Stoller and it was released as the follow-up to ‘Spanish Harlem,’ King’s first big hit since leaving the Drifters… It was slower, statelier, anchored by one of the most memorable non-blues walking bass lines in history and King’s warm, refined delivery… ‘Stand By Me’ played like a love song, but it wasn’t. It was a testament to friendship, one of the best of its kind in pop history. Perhaps that’s why it was also one of the most endearing songs of the rock era.” –Stephen Thomas Erlewine, AllMusic.com

“[I]t’s still one of the greatest anthems of the Seventies and one of the most interesting and moving compositions recorded in that decade. If anything, this song alone would be well worth spending eight months of recording… It stands out like a typical white crow on the album — it comes on first, and no other track on here comes close to matching it. And there’s hardly anything not likeable about the song, from the moody acoustic rhythm to the weird tinge of reggae in the arrangement to the lyrics that are for once unordinary and thought provoking to Henley’s soulful singing to the famous guitar battle on the fadeout… [I]t’s about the only number for which the Eagles will be remembered in eternity.” –George Starostin, Only Solitaire

“From its first double-drum crack (which Bruce Springsteen later described as the sound of someone ‘kicking open the door to your mind’), to its mythical opening couplet (a perfectly seething ‘Once upon a time…’), ‘Like a Rolling Stone’ is one of Dylan’s strangest and most enthralling moments, a big, shambling statement that hovers on the verge of total dissolution, threatening to shimmy your record player (and, potentially, your entire life) off the shelf and onto the floor… Certainly, the song transforms every time it’s played, expertly adapting to new generations and new vices, just wobbly and amorphous and dangerous enough to knock us over again and again.” –Amanda Petrusich, Pitchfork.com, “The 200 Greatest Songs of the 1960s” 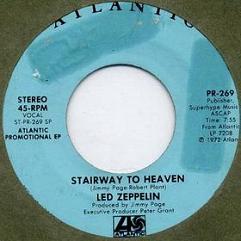 “All epic anthems must measure themselves against ‘Stairway to Heaven,’ the cornerstone of Led Zeppelin IV. The acoustic intro sounds positively Elizabethan, thanks to John Paul Jones’ recorder solo and Plant’s fanciful lyrics, which were partly inspired by Lewis Spence’s historical tome Magic Arts in Celtic Britain. Over eight minutes, the song morphs into a furious Page solo that storms heaven’s gate. Page said the song ‘crystallized the essence of the band. It had everything there and showed us at our best. It was a milestone. Every musician wants to do something of lasting quality, something which will hold up for a long time. We did it with “Stairway.”‘” –Rolling Stone, “The 500 Greatest Songs of All Time”

“‘Good Vibrations,’ the Beach Boys’ 1966 entry into the best-single-of-all-time sweepstakes, announced the coming era of pop experimentation with a rush of riff changes, echo-chamber effects, and intricate harmonies, plus the very first theremin ever heard on a pop record… Though Brian Wilson’s self-described ‘pocket symphony’ was his masterpiece, its creation effectively put the coda on his production career and he was never the same again… Radio listeners could easily pick up the link between the title and the obviously electronic riffs sounding in the background of the chorus, but Wilson’s use of the theremin added another delicious parallel — between the single’s theme and its use of an instrument the player never even touched.” –John Bush, AllMusic.com 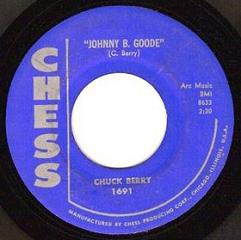 “‘Johnny B. Goode’ was the first rock & roll hit about rock & roll stardom. It is still the greatest rock & roll song about the democracy of fame in pop music. And ‘Johnny B. Goode’ is based in fact. The title character is Chuck Berry — ‘more or less,’ as he told Rolling Stone in 1972. ‘The original words [were], of course, “That little colored boy could play.” I changed it to “country boy” — or else it wouldn’t get on the radio.’ … ‘Johnny B. Goode’ is the supreme example of Berry’s poetry in motion. The rhythm section rolls with freight-train momentum, while Berry’s stabbing, single-note lick in the chorus sounds, as he put it, ‘like a-ringin’ a bell’ — a perfect description of how rock & roll guitar can make you feel on top of the world.” –Rolling Stone, “The 500 Greatest Songs of All Time”

“Paul McCartney’s greatest ballad holds a Guinness World Record as the most recorded song of all time; seven years later, there were 1,186 versions by artists as varied as Frank Sinatra, Otis Redding and Willie Nelson. But McCartney’s original reading — cut on June 14th, 1965, at EMI’s Abbey Road studios in London — remains the most beautiful and daring of all: a frank poem of regret scored and sung with haunted elegance… McCartney auditioned the song…in January 1964…but would not record it for another year and a half. ‘We were a little embarrassed about it,’ McCartney confessed. ‘We were a rock & roll band.’ A Number One single in America, ‘Yesterday’ was, in his own words, ‘the most complete song I have ever written.'” –Rolling Stone, “The 500 Greatest Songs of All Time”

11. “Georgia on My Mind”  Written by Hoagy Carmichael and Stuart Gorrell, Performed by Ray Charles (1930)

“The first chart appearance of ‘Georgia on My Mind’ [in 1931] was courtesy of Frankie Trumbauer, the man who had suggested the song idea to Carmichael in the first place… Ray Charles’ number one rendition in 1960 won the R&B crooner two Grammys… On April 24, 1979, the Joint Resolution of the Georgia General Assembly designated ‘Georgia on My Mind’ as the official state song, citing that it ‘…has an enduring quality that has made it one of the best loved songs in America for many years… [and] has been recorded by many outstanding artists, but the rendition by Mr. Ray Charles, a native Georgian, which was first recorded in 1958, has been greatly enjoyed by music lovers throughout the world.'” –Jeremy Wilson, JazzStandards.com