Fourteen “Words of the Day” from the last month.

Part 1 — Dictionary.com (Definitions and Origins. Date of First Known Use in English Taken from Merriam-Webster Online Dictionary, except where noted)

6/9: Pochismo [poh-CHEEZ-moh] (noun) an English word or expression borrowed into Spanish. Origin: Pochismo entered English in the 1940s. It is a variation of the word pocho which refers to a person of Mexican heritage who has adopted American customs. The suffix -ismo is usually the Spanish equivalent of the English suffix -ism. First Known Use: 1936 (Oxford English Dictionary)

6/12: Fantast [FAN-tast] (noun) a visionary or dreamer. Origin: Fantast entered English from German, though it is based on the Greek word phantastés which meant “boaster.” It is related to the other English word fantastic. First Known Use: 1588

6/14: Imponderable [im-PON-der-uh-buhl] (noun) a thing that cannot be precisely determined or measured. Origin: Imponderable comes directly from the Medieval Latin word imponderābilis which had the same meaning. First Known Use: 1794

6/18: Volant [VOH-luhnt] (adjective) moving lightly; nimble. Origin: Volant stems from the Latin word volāre which meant “to fly.” In English, it acquired the sense of moving nimbly in the early 1600s. First Known Use: 1572

6/19: Pensée [pahn-SEY] (noun) a reflection or thought. Origin: Pensée comes directly from the French word of the same spelling which means “a thought.” First Known Use: Not found

6/26: Glutch [gluhch] (verb) to swallow. Origin: Glutch is of unknown origin. It was first used in southwestern England in the early 1800s. First Known Use: Not found 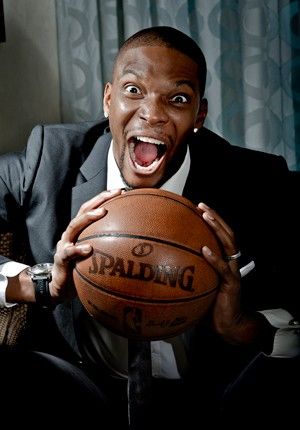 British novelist James Justinian Morier was born in Smyrna and spent many years in the Middle East, where his most popular novels are set and where he, no doubt, picked up many other interesting words. The proper name Bosh has a different and much older history, if you were wondering. Bosh as another word for “nonsense” has a good sound to it, a very British kind of exhalation. But it feels most at home right where it started — nineteenth-century England.

Throughout our studies here, we’ve seen how the English language has absorbed words from many other languages. Pochismo holds the unusual distinction of being yet another example of this while describing the opposite effect: words from English being incorporated into another language, Spanish. Merriam-Webster explains that these words are “used along the border between the U.S. and Mexico,” and the word pocho has been known to carry negative connotations. I get the impression that Spanish isn’t quite as malleable a language as English has proven to be. To say the least, the U.S./Mexican border is among the most interesting in the world, both culturally and politically.

I love the word fantast, but there’s no denying that it’s been vastly overshadowed by the words “fantastic” and “fantasy.” As you can see by the definition of the Greek word phantastés, “fantastic” in particular has lost much of its original meaning. It has become a generalized pronouncement of pleasure or approval. But it’s not unheard of for the word to be properly used even today, and “fantasy” has retained its original spirit. I think fantast could potentially be a very exciting word to use, particularly as a self-designation. It could come down to just how much like fantasts the intended audience is expected to be.

Imponderable is pretty straightforward. The most interesting thing about the term is that it can be a noun as well as an adjective, and it was as a noun that Dictionary.com selected it as a Word of the Day. Based on the etymology of “ponder,” imponderable literally means “weightless.” Based on the more common use of “ponder,” though, it calls to mind something beyond even careful and prolonged thought. Something beyond our grasp.

Merriam-Webster lists an alternative definition for volant: “having the wings extended as if in flight — used of a heraldic bird.” The word feels most appropriate in this context, describing something that has merely the appearance of motion. It’s another old word that fits best among other old things. For a more general definition of the term, there are plenty of synonyms. The word “fleet” is almost onomatopoeic and works very well. Sometimes it’s a great idea to mix things up with an unusual word, but I don’t think the reservoir of Latinate words is the best place to find them. These words are more likely to make you sound snooty than smart.

Latin terms can be both fancy and clinical. French ones, on the other hand, can be just as fancy but also quite beautiful. Pensée, according to Encyclopædia Britannica, was coined by Blaise Pascal for his collection of theological notes and manuscripts, the Pensées. I would say the word is inextricably linked to that work. Britannica states that a pensée can vary in length from a sentence to a page, so there is some leeway for how it can be used. But it will always describe a relatively brief thought.

Google doesn’t produce much information at all on the word glutch. In addition to being another word for “swallow,” glutch can be used as a noun meaning “a mouthful.” This word is definitely an onomatopoeia, although not as precise as the word “gulp.” Unfortunately, this word seems to be very obscure, so it would be difficult to use. But I’m at least a little curious to dig a little deeper for its origins and history. Dictionary.com cites quotations by Thomas Hardy and David George Pitt using the word, so it has survived somehow.

6/9: Harmaceutical (noun) a medication FDA approved and released for public consumption by a pharmaceutical company only to be re-called and be the subject of a class-action lawsuit because of its previously unreported dangers. Definition contributed in 2010

6/12: Telephobia (noun) when someone has the fear of talking on the phone. Definition contributed in 2006

6/14: Going Screensaver (gerund/verb) when you notice a coworker spacing out, or dozing off in a meeting. Definition contributed in 2012

6/18: Armchair Activist (noun) a so-called activist who thinks he is helping towards a good cause by making a topic famous via blogs/social media. Definition contributed in 2012

6/19: Bi Polar Coaster (noun) when you or someone you know is in a relationship where one or the other experiences extreme emotional highs and lows on pretty much a daily basis. Definition contributed in 2009

6/26: Bittertweet (noun) the act of sending a tweet in which the user reflects on a sentimental moment of their [sic] life, i.e. a graduation, the end of a life period, or the passing of a loved one. Definition contributed in 2012

All right, the main reason I included zombie apocalypse was the misspelling in the Urban Dictionary entry. I’m intrigued by this new word, “apocalpyse.” Anyway, beyond the general “2012” anxiety that has been going around the last few years, what has really gotten people talking about a zombie apocalypse is the instantly infamous story of the “Miami face eater.” In the era of instant worldwide communication, this story has been old news for some time. Realistically, any zombie apocalypse that began on May 27 should probably be over by now. We can all be relieved.

Harmaceutical is an almost-clever pun. As often happens with the Urban Dictionary, this word is a snide response to something legitimately harmful, so it leaves a bad taste in the mouth. One conjures the image of a person with a college education and a junior high mentality spouting puns like this. No, I don’t like this word very much.

Telephobia is a concept to which I can relate. The skill of speaking on a telephone is quite different from speaking in person, and I find the former to be much inferior. Anecdotally, it’s been suggested that people don’t use phones for talking as much as they used to, so it’s possible that people are getting worse at it. The less skill we bring to a situation, the more anxiety and fear will be present. Telephobia is another case where Urban Dictionary didn’t invent the word. It appears to be a real thing, but let me stress again that the term -phobia often falls victim to overdiagnosis. Simply being uncomfortable with this form of communication doesn’t mean you have a problem, per se.

The person doing the “spacing out” or “dozing off” is going screensaver, naturally. “Spacing out” fits better, as a person can put on an expression of interest and hold it in place while his mind wanders. That person would require sunglasses to pull of the same trick while “dozing off.” This term creates a nice mental image, with the person tuning out after a minute or two of inactivity. I like it.

Using the word “armchair” as a pejorative term has been around for awhile. It’s still effective, attacking those who criticize something or complain from a place of comfort. The definition for armchair activist above adds a contemporary twist. Few things are as popular on social media as political or cultural causes. They spring up, go viral, and quickly fade from discussion. So many people seem to be talking about them for such a brief period of time that it’s safe to assume a lot of them do nothing more than talk. Another word for this activity is slacktivism, which not surprisingly is also to be found on Urban Dictionary.

Bipolar disorder, like a phobia, is a real condition that tends to get treated in a frivolous way in popular culture — hence a joke like bi polar coaster. In this case at least, it’s not terribly insulting, and the analogy to a roller coaster is actually pretty apt. But the term is on the nose. Any relationship that can be described as a “roller coaster” will include violent emotional shifts. At least to some small extent, that’s always to be expected. There’s no need to ascribe a disorder to the situation.

The problem with bittertweet is that the word it’s playing off, “bittersweet,” is an adjective, not a noun. But why get technical? This word is an above-average attempt to be of the moment. Reading a Twitter feed, one can get acclimated to arch humor, epigrammatic wisdom, and minutiae. Suddenly coming across legitimate grief or deep emotion of any kind can be jarring and hard to take at face value. So, respond with silly wordplay! It sounds cold, but there may be something to this. Is broadcasting real sadness on Twitter actually appropriate, or merely opportunistic? The death of someone you care about probably calls for more than a few sentences.

That fantast is just spreading bosh about a harmaceutical that will cause the zombie apocalpyse. He’s an armchair activist who does nothing but talk in silly pensées about imponderables. Pardon me if I go screensaver the next time we see him.