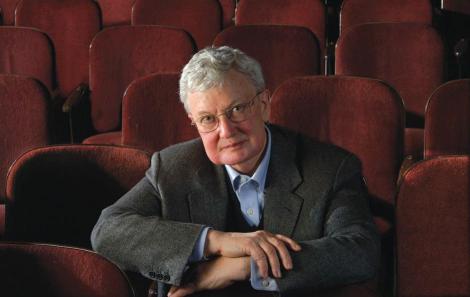 Roger Ebert passed away yesterday at the age of 70. In the film community, the loss is immense. Ebert was the first film critic ever to win a Pulitzer Prize and the only one to get a star on the Hollywood Walk of Fame; he was among the most respected, certainly the most famous, critics in the history of the medium. My Twitter feed yesterday was filled with testimonies from critics who had been inspired by Ebert to do what they do, and to love movies in the first place. (Plenty of non-critics offered their appreciation as well.) As for myself, I can’t say that Ebert introduced me to the movies, but he was essentially the bridge that got me to start reading a greater variety of opinions, which has exponentially improved how I think about film. Ebert conquered social media at just about the same time that I started exploring that brave new world. Constantly reading his work produced a ripple effect that led me to critics that he admired. So he has certainly been important in my journey.

But there’s a further reason for discussing Ebert’s death in this space. It has to do with his final blog post, published just two days before his death, in which he announced a “leave of presence” because of a recurrence of cancer. Although he had been fighting cancer, in more than one form, for about ten years, he was able to bounce back from treatment and keep working throughout that time. In 2012, he reviewed 306 different movies, more than any year before. But this time was different. Ebert knew he wouldn’t be able to maintain anywhere near the same workload, but in the term that he coined he announced his intentions to keep writing and maintain his presence on the internet. Now that he’s gone after sharing so many plans for the future, I’m left with conflicting emotions: I’m inspired by his work ethic — I get the feeling that he knew his time was short and wasn’t about to waste a moment of what he had left — but I’m also reminded of the hopeless question we must ask in the face of all deaths, “What life is ever truly finished when it ends?”

Ebert’s death has thrown some other things into sharp relief. For the past week, as usual, I’ve seen several movies, and in all of them death has a significant presence. Two — The Hudsucker Proxy and Anna Karenina — have characters who commit suicide; two others feature sacrificial deaths. Not just any kind of death, in other words, but death that is walked into willingly. We will die eventually; there is no way for us to avoid it or overcome it in the end; the most we can do is control, to some small degree, the time and the manner. Cinema has a lot more to say about this than might be immediately apparent. It has been suggested that all great films deal with the reality of death, thematically. The nature of film itself, one might philosophize, represents a small victory over the unstoppable march of time, a small victory against death.

Ebert said many times that what made him cry at the movies weren’t moments when characters were sad but moments when characters did something profoundly good. On Monday night I watched Star Trek II: The Wrath of Khan. That film famously ends with a sacrificial death, a character giving his life to save everyone else aboard the Enterprise. Earlier in the film, Admiral (formerly Captain) Kirk makes the claim that “how we deal with death is at least as important as how we deal with life.” I am perhaps a bit too familiar with the film and didn’t feel intense emotions as I watched it this time, but these things all came back to me yesterday in a big way. At one point in the film Kirk is forced to admit that he himself hasn’t dealt with death in a meaningful way, that he has in fact refused to do so. For many of us, particularly in the peace and prosperity of America, life proceeds in such a way that death can mostly be ignored for many years. Eventually, though, we’ll have to face it.

Then, of course, there was Good Friday and Easter Sunday. Maybe it’s unfortunate that the emotions are hitting me a week late — there’s much to be said for the communion of the saints — but better late than never. No other death in the history of the world can so accurately be said to have occurred “in the shadow of new life,” as a character says in Star Trek II. And although the accomplishment of continually bringing Charlie Chaplin back to life on a movie screen is one of the most impressive in human history, it pales in comparison to actual resurrection. Nevertheless, there’s something about the existence of movies and Roger Ebert’s phrase “a leave of presence” that communicates a hope, something deep in the heart of humanity, something only God could have put there. We look at a cold, dark universe, we see death everywhere (if we’ve truly opened our eyes to it), and there’s simply no physical evidence that anything about us will survive. Our artifacts will outlive us, but not by much as the universe measures time. And yet I see an awareness that we were made for more than any brief lifetime, that what we do in this life has real meaning that can be passed on to future generations. I cling to my Savior when I think on these things: anything else, to me, would be grasping at thin air in the dark.

Christians sometimes need to be reminded that mourning over death is right and good. We have a tendency to focus exclusively on the good things that will come after death, which is understandable but wrong. If Jesus wept, so can we. Because death is not okay. It’s not “just another part of life,” or just one of those things. It is the enemy, and it will be destroyed one day, but not yet. Negative emotions are an essential part of living a full life, and a full life is what God wants for us. So I mourn the passing of Roger Ebert, a great critic and writer, and a fine man who had a wonderful marriage and lived a remarkably full life himself, as told in his excellent, beautifully written memoir. I’m saddened that I never got a chance to meet him.