I’ve selected seven of the most interesting online articles I shared to Facebook in April and May of this year. Cited below are excerpts that give a little more information about each article than the title alone. Full articles can be accessed by clicking on the titles.

“What is so great about Vertigo and Citizen Kane? To set aside matters of technique and artistry, which would keep us here all day, what fascinates me is that both films are intensely personal and autobiographical. Welles gives us a portrait of a gargantuan man of unlimited ambitions and appetites, whose excesses outran his resources. Hitchcock gives us a man obsessed with control, who had a fetish not simply for blondes in general but for the specific features of a specific blonde. … Kane as a character turned out to be uncannily prophetic of Welles’s own life. Scottie as a character reflected not only Hitchcock’s fetishes but his fears. … An auteur director like Welles or Hitchcock guides our eyes: ‘Look here…now there…focus on this…now that…make this connection…feel this absence. That is the best I can say about what it is like to be me.'”

“To my eyes, the truest film adaptation of Moby Dick is an adaptation of another novel: Jaws. That sounds glib, but I’m being serious. … Actually there’s a pretty sizable tradition of almost-Moby Dick cinema, with some heavy hitters like The Wrath of Khan and The Bedford Incident. I’ve always thought the best movie never made was Moby Dick as a crime thriller with Klaus Kinski as Ahab and Toshiro Mifune as the whale. … For an unadaptable story, this one gets adapted a lot. … But, then, it is unadaptable! We’re talking about Star Trek and killer sharks and love triangles and just about everything except what’s contained in Melville’s book. … A complicated state of affairs has made Moby Dick both an attractive and terrifying prospect for a filmmaker, so each film is something of a minefield run, dodging the perils and trying to land surefooted in the triumphs of the text. … The whole gamut of the human experience is in this text. Many have failed to capture it, some have succeeded. The ones who have succeeded most enduringly…have succeeded by isolating the elements of the work that speak most profoundly to them, by nurturing the union between the novel and their heart.”

“In order for white suffering to have a voice, white people must realize the largest and most invisible way in which they benefit from their white privilege, and it’s the same thing that’s causing their frustration being The Default. If Person A is actively supporting and benefiting from a system that oppresses Person B, it is very hard for Person B to hear Person A say, ‘But I’m hurt too!’ However, if Person A is actively working to dismantle the system they benefit from but which oppresses Person B, then Person B is finally seen — and Person A’s pain can be embraced. In order to see a person you must see the truth of their pain. If you deny their pain, you refuse to see them. This is what makes black people invisible. And black invisibility is what makes white pain invisible to black people. And so we live our lives never seeing each other.”

“It’s important to understand how Kirk approached the test — he thought it was fundamentally unfair. To Kirk the Kobayashi Maru itself was cheating. He believed the idea of an unwinnable scenario to be ludicrous; as he saw the world, any problem could be overcome eventually with smarts and hard work. … It’s never explicitly stated what Kirk changed when he hacked the program (in a Star Trek novel it’s said that Kirk reprogrammed the Klingons to have a respectful fear of ‘The’ Captain Kirk), but the gist of what we’re to understand is that Kirk didn’t hack the Kobayashi Maru to win, but rather to make it winnable. … Cheating is creating an unfair advantage, which Kirk would argue was the entire basis of the test. By changing the conditions — by evening out the odds — Kirk actually made the whole thing more fair, the opposite of cheating. Tell that to Orci and Kurtzman, who have Kirk clearly cheat in the 2009 Star Trek reboot. He sits in his captain’s chair, munching an apple like an asshole, while the enemy ships’ shields suddenly drop for no reason at all. His hack was not to even the playing field but rather to give himself an unfair advantage, to have the Klingons be unable to defend themselves. The reboot Kirk has the victory simply handed to him. It’s hard not to side with Spock in this version of events.”

“From a distance, it’s very easy to view the Western genre as a great abstract swirl of cowboys and Indians, the proud Cavalry vs. the mute savages, a long triumphal march of Anglo-Saxon humanity led by John Ford and John Wayne brought to a dead halt by The Sixties. Up close, one movie at a time, the picture is quite different. … Can we really afford to keep saying ‘them’ instead of ‘us?’ Is it useful to keep looking back at the past, disowning what we don’t like and attributing it to laughably failed versions of our perfectly enlightened selves? Should we really give ourselves the license to remake film history as we would like it to be by eliding certain details and amplifying others…? Why do we keep insisting on the de-complication of history if not to justify our own tastes and abolish our discomforts? … The mistake has always been to look for the paternalistic, find it in Ford’s work, and then make the leap that it is merely so. If there’s another film artist who went deeper into the painful contradictions between solitude and community, or the fragility of human bonds and arrangements, I haven’t found one. To look at Stagecoach or Rio Grande or The Searchers and see absolutely nothing but evidence of the promotion of Anglo-Saxon superiority is to look away from cinema itself, I think.”

“No other scene is quite as troublingly hermetic as this one, harboring impacted secrets we can smell like snuffed candles, though we may not be surprised — what has more secrets, from itself and from its members and from the outside world, than a family? It’s the oddest backstory flashback in Golden Age history — a family of three stuck in the snowblind wilderness in 1870, visited by a New York banker hired to not only manage the wealth the Kanes have stumbled into, via an errant boarder’s gift of ‘worthless stock’ in a mine, but to also manage their six-year-old son Charlie (seen famously through the entire scene obliviously playing in the snow outside), taking the boy away from his parents permanently and raising him in the East amid prep schools and professional nannies. A favorite for diagrammatical film scholars for ages, this scene’s first mega-shot may be, simply in terms of mise-en-scene, the wisest and most potent scene ever shot in America.” 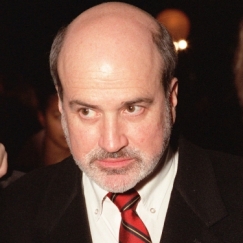 “Hollywood Bigfoot: Terrence Malick and the 20-Year Hiatus That Wasn’t” by Michael Nordine — Los Angeles Review of Books, May 12, 2013

“Malick has politely declined every single one of the countless interview requests he’s received since 1975 (by which point he had granted only a few), but mum has rarely, if ever, been the word on him. Critics, academics, and fans alike have made a habit of endlessly speculating about Malick’s habits and whereabouts for the entirety of his now four-decade career; he’s amassed something of a cult following for exhibiting what many would consider perfectly normal behavior and attempting to work in private. The mass speculation this aversion to media coverage has somewhat ironically engendered is nowhere more evident than in the gap between his second and third films, 1978’s Days of Heaven and 1998’s The Thin Red Line. A full 20 years even further out of the public eye, the unaccounted-for departure gave rise to myriad rumors and apocryphal stories that continue to color the public’s perception of him. There are nevertheless a number of salient details about the first 30 years of Malick’s life that come to bear on his subsequent career as a filmmaker — including the two decades during which many think he quit being one.”