In the spirit of the season, here’s the sequel to a barely-seen post from three years ago. It’s even longer than the original! At least it’s free. Honestly, I enjoyed the exercise the first time around, and as with so many sequels, the idea of coming up with another list of words started germinating almost as soon as I hit “Publish.” For those just joining us: sometimes my experience of a given word is inextricably bound up with a specific cultural artifact. I’m not talking about words that have become brands; there’s no point discussing the associations bound up in adjectives like “daffy” and “snoopy,” or nouns like “monopoly” and “starburst.” The words I have in mind are only incidentally used in the shows, songs, and products to which I link them, but because I encountered these artifacts as a child, the experience was formative. Now, whenever I hear or see these words again, my mind tends to recall those experiences, however remote.

This is all just a silly diversion, but I think it’s a fun way of clearing some mental attic space — brushing the cobwebs off the memory. Like last time, I’ve assembled ten words below, with definitions provided by Dictionary.com.

Adjacent [uh-JEY-suhnt] (adjective) lying near, close, or contiguous; adjoining; neighboring: a motel adjacent to the highway.

Anomaly [uh-NOM-uh-lee] (noun) a deviation from the common rule, type, arrangement, or form.

Carnage [KAHR-nij] (noun) the slaughter of a great number of people, as in battle; butchery; massacre.

Custard [KUHS-terd] (noun) a dessert made of eggs, sugar, and milk, either baked, boiled, or frozen.

Gambit [GAM-bit] (noun) 1. Chess: an opening in which a player seeks to obtain some advantage by sacrificing a pawn or piece. 2. any maneuver by which one seeks to gain an advantage. 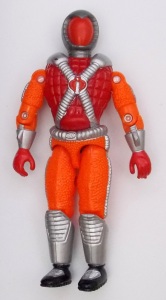 Lingo [LING-goh] (noun) the language and speech, especially the jargon, slang, or argot, of a particular field, group, or individual: gamblers’ lingo.

Pastoral [PAS-ter-uhl, PAH-ster- ] (adjective) 1. having the simplicity, charm, serenity, or other characteristics generally attributed to rural areas: pastoral scenery; the pastoral life. 3. portraying or suggesting idyllically the life of shepherds or of the country, as a work of literature, art, or music: pastoral poetry; a pastoral symphony. 5. of or relating to a pastor or the duties of a pastor: pastoral visits to a hospital. (noun) a poem, play, or the like, dealing with the life of shepherds, commonly in a conventional or artificial manner, or with simple rural life generally; a bucolic.

Upstart [UHP-stahrt] (noun) 1. a person who has risen suddenly from a humble position to wealth, power, or a position of consequence. 2. a presumptuous and objectionable person who has so risen; parvenu.