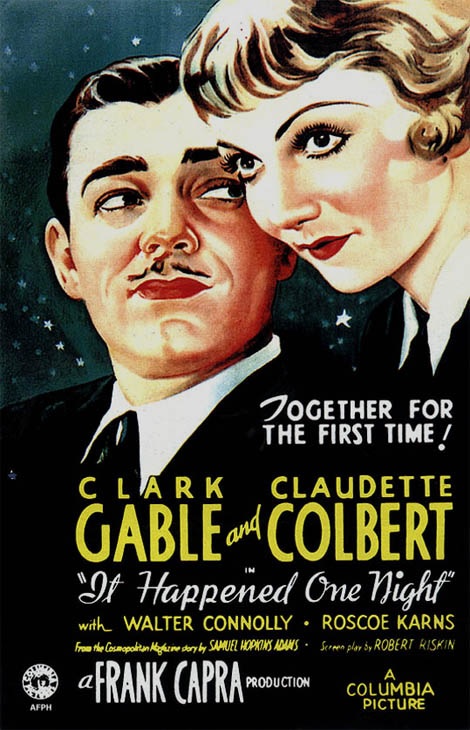 There are bolder comedies from the era that produced It Happened One Night. Considering its influence on the screwball subgenre, this particular exercise in madcap mating rituals is relatively restrained and genial. What makes Frank Capra’s Oscar-festooned opus such a standout work of its decade is the combination of notes it plays to perfection. In addition to the story’s primary concern, getting the man and the woman to fall in love as a result of various quarrels between them, the script weaves in detailed comments about class in Depression-era America and even throws in a miniature newspaper comedy as further evidence that the sound era was made for rooms full of typewriters. The film moves along with enough efficiency and grace to keep all of its elements fresh. “Escapism” isn’t the right word. It Happened One Night is aspirational and effervescent.

The social consciousness is baked right into the love story. Ellie Andrews (Claudette Colbert) is a repressed heiress who wants to marry a heartthrob aviator over her father’s objections. In a pout, she jumps off the family yacht, planning to take a bus up the coast to her betrothed in New York. On that bus she meets the rakish journalist Peter Warne (Clark Gable), who susses out her identity and does his best to milk his exclusive access to the celebrity story of the year. This is one of the first and purest expressions of the grand romantic comedy tradition, in which the two subjects aren’t even aware they should be interested in one another until long after the movie has shoved them into each other’s laps. Their intertwined destinies are first established with a simple, elegant tracking shot, from Ellie covertly retrieving her bus ticket to Peter mouthing off to his editor in a phone booth, surrounded by cronies, all of them the epitome of “movie drunk.”

So the salt-of-the-earth reporter confronts the aristocrat over her self-absorption. Their differences come through in everything from dress and bearing to vocabulary and accent. The scenario only amplifies these contrasts, with the extended use of public transportation naturally forcing more of an adjustment from her than from him. The bus allows Capra to sneak in a tour of working-class America in a blithely organic manner. Here we see the director’s trademark pride in his adopted country, disarmingly sincere and surprisingly nuanced. The ordinary folks the camera catches as it follows Ellie on her way to the campground showers one morning are neither heroic nor downtrodden. They’re simply going about their business cheerfully. The “real” America isn’t innocent, either. Ellie falls victim to theft and harassment, unprepared as she is for the independence she so craves. The experience is a wake-up call for her, most starkly when a woman on the bus passes out from hunger and her son begs the other passengers for money. Ellie is finally moved to generosity but is in a situation where only Peter can offer anything. 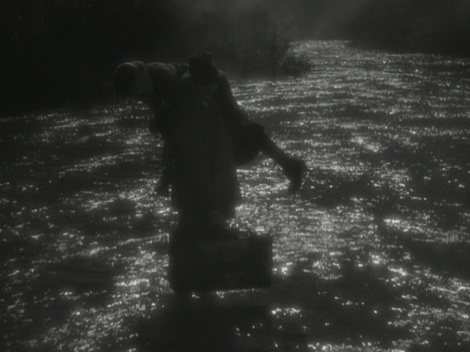 Taking the rich down a peg has long been a strategy for Hollywood directors, operating as they do in the land of luxury but seeking to reach people in all walks of life. Thankfully, the mockery of the spoiled brat is very gentle in It Happened One Night, and the character more than redeems herself. The hitchhiking scene is the most iconic moment in the film thanks to the ingeniousness of its setup and payoff. What makes it truly brilliant is where it is placed in the context of the story. Having established the ground rules of their relationship, Peter starts deconstructing Ellie’s privilege in a series of impromptu trials. She doesn’t know how to dunk a donut properly and has no idea what piggybacking looks like. It would stand to reason that she wouldn’t know how to flag down a car from the side of the road, either. Peter smugly briefs her on his toolbox of methods. Unexpectedly, they all fail, at which point Ellie coolly takes his place and does something he can’t do. It’s an utterly charming and necessary shift in the balance of power between them.

This movie has its fun with the rich while still leaving the door open for a vicarious experience of wealth. Ellie’s father (played by Walter Connolly) ends up being a reasonable, loving man rather than a villain. He’s completely right about her elopement with the aviator, King Westley (Jameson Thomas). She doesn’t love him like she thinks she does, and she needs to live a little to find that out. Ironically, as her father scours the earth in search of her, she’s finding a way on her own to resolve the situation. Everyone ends up looking pretty good. Even Westley gets shrugged off without complications. It was certainly possible to be more confrontational than this in the Pre-Code era, but Capra was interested above all in giving his audience a good time.

And a good time it most assuredly is. This is a comedy built on small gestures (notice the precision of Gable’s movements as he explains the “walls of Jericho,” tosses a pair of pajamas at Colbert, and without missing a beat moves into his monologue on the etiquette of undressing), wildly inventive tangents (Peter is a master of improv, and Ellie gets to join him in one scene), and tantalizing running gags (the aforementioned walls of Jericho, a sheet which Peter sweetly erects between his and Ellie’s beds in the name of abstinence). Robert Riskin’s script is full of verbal gems. More often than not, Colbert is given the task of setting up a cutting remark for Gable to deliver, but the improv scene and the hitchhiking scene elevate her role. She possesses a serene sophistication that’s really striking in a screwball. And she gets to be girlish, too, playfully knocking Peter’s shoes against his rear end while he carries her (not in the piggyback fashion) over the creek. The film’s swerve into pastoral doesn’t have the madness of Bringing Up Baby, just a clarifying intimacy and soft-focus beauty. There are few films that are quite so disarming and lovable as this one.

One response to “My Favorite Movies: It Happened One Night”