His career spanned nearly fifty years, from the end of the silent era to the beginning of the modern blockbuster era. He made films on two continents and in three different languages, working under studio systems at times while never betraying his fundamentally iconoclastic nature. Getting his start under the banner of the Surrealist art movement, he had to wait for culture to catch up with him. By the time it did, he was in his 60s, still turning out brilliant, controversial films to match anything produced by the next generation. Having in his early years overcome setbacks from the Catholic Church, the Fascist government in Spain, and an indifferent Hollywood, he went out on top as few directors ever have, releasing a string of masterpieces in the 1970s. Luis Buñuel (1900-1983) is still remembered as one of the greatest filmmakers in the medium’s history. Among the 32 films officially bearing his name, 16 are currently listed among the 1,000 greatest films of all time at They Shoot Pictures, Don’t They? — more than any other director could boast.

Starting on January 1, I’ll be watching all 32 films (30 features, 2 shorts) in chronological order.

This will be my sixth big retrospective since I started this blog, the second that I’ll start in January (which seems like a good time for these), and the second to focus on a single director (after Spielberg in 2013). As it was with the others, my main objective is to fill in one of the gaps in my film viewing. I still have a lot of those gaps, for all my feverish efforts to close them. These are just a few of the major world auteurs I still haven’t seen any films by: Rossellini, Mizoguchi, Fassbinder, Yang, Breillat. With the help of FilmStruck, the new streaming service from the Criterion Collection and Turner Classic Movies, I’ll be able to make some headway with all five of them next year. But first I’ll take care of Buñuel. As of right now, I’ve only seen his first two films, the early collaborations with Salvador Dalí. So this is the most ignorant I’ve ever been going into a retrospective.

I spoke of the films Buñuel “officially” directed, but that list leaves a fourteen-year gap between films (1933-1947). The Spanish Civil War took up part of that period, and when the Fascists ultimately seized control, Buñuel went to the United States, where he found dubbing and editing work. But between 1935 and 1937, Buñuel worked as a producer for the Filmófono film company, as part of a project to raise the standards for commercial moviemaking in Spain. It’s generally understood that he directed at least a few movies during this period, but he did so anonymously, worried that he would be perceived as a sellout. Since I couldn’t be completely sure about these films’ authorship, and since they’re very hard to come by anyway, I decided to overlook them.

The retrospective will therefore jump directly from the first three scandalous films in Europe to the beginning of Buñuel’s Mexico sojourn, a period of nearly two decades when the director helped to revolutionize Latin American cinema before his triumphant return to the Old World. In the 1950s Buñuel released a new film on average every seven-and-a-half months, including a handful of international co-productions and two adaptations of canonical novels. Yet most of these films are seldom seen. I look forward to exploring how conventional or distinctive each is, and how all the films fit together. Buñuel’s body of work is known for its sharp criticisms of religious and class hierarchies and a preference for dream logic over narrative or documentary conventions. This is going to be a long, strange journey into the mind of a unique man. 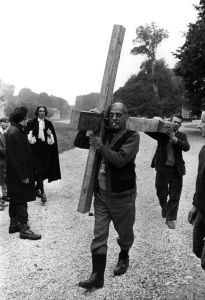 Here are the films and their years of release: 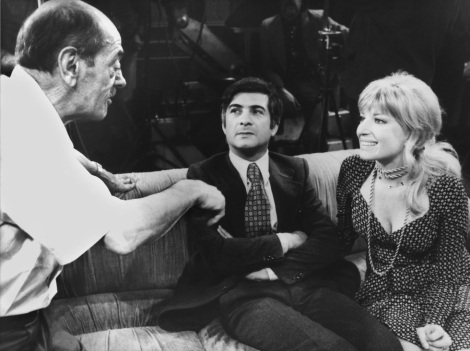