Rolling along past the halfway mark on my chronological Buñuel viewing, I’ve almost reached his extended period of brilliance in the 60s and 70s. You can follow along on my Letterboxd account, but here are four reviews I’ve written there so far, covering the director’s Mexican period. A significant percentage of my viewings have been sans subtitles, which is a unique kind of headache. If not even Buñuel’s films are readily accessible to an English-speaking audience, then what hope have I to make a deeper exploration into the “Golden Age” of Mexican cinema? But I’m content. Previously, I had only known the director’s early surrealist period, so it’s been interesting to discover a sincere, compassionate Marxist filmmaker who knew how to work in a studio system.

Gran Casino (1947) – Thus begins Buñuel’s stint as a director-for-hire in Mexico, and let me tell you, there’s not a bit of whiplash between his early experimentalist/provocateur period and this pleasant musical. Okay, actually there’s a lot, but this is a decent film all-around. The opening number is particularly cute, with the protagonist singing in order to drown out the sound of his partner sawing through the bars on their jail cell’s window. Most of the rest of the songs are performed on a stage at the casino’s saloon. All are more or less diverting, one performance incorporating flashlights to puzzling effect. (I should note that the DVD I watched didn’t include subtitles for the lyrics, so I might have missed something.) The plot is more political than the typical Hollywood musical, with workers fending off the depredations of oil tycoons. So it’s far from anonymous, but Buñuel seems, for the moment at least, to have put surrealism behind him.

Susana (1951) – [SPOILER WARNING] I’m telling you, there was a trend going on here: this is the fourth consecutive Buñuel film that begins with a character getting out of prison. Susana even escapes in the same manner as Gerardo in Gran Casino. She gets taken in by a ranching family and proceeds to cause all manner of havoc by way of her sexiness. Buñuel does an expert job capturing the sense of guilt men feel when they indulge in temptation, and the way that they lash out to compensate for it. But that’s about it, and it’s pretty one-note. Susana earns almost no sympathy despite being sexually assaulted by a ranch hand. She’s a walking curse on the family, not to put too fine a point on it. Even a beloved mare is stricken with illness until the moment she’s finally dragged back to prison. I appreciated Buñuel’s gall in delaying the comeuppance until the head of the house, Guadalupe, passes a point of no return. But then, minutes later, everyone just settles into a happy ending. María Gentil Arcos’s performance as the feisty grandmother kept me engaged, but I was disappointed overall. 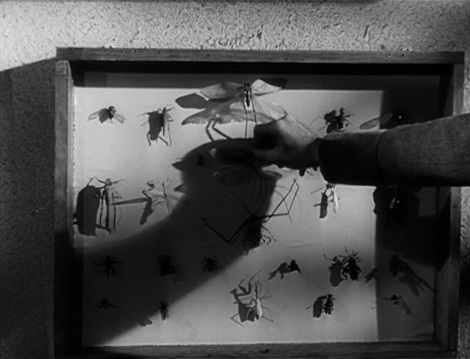 Wuthering Heights (1953) – This experience of watching a foreign-language film without subtitles was unique. Of course, I’m familiar with the story and only had to read a little to prepare myself for the in medias res presentation. Figuring out who everyone is takes almost no time at all if you’re familiar with the novel or the other film versions. Still, there’s a lot of dialogue here. From what I can tell, the most interesting narrative decision Buñuel makes is to give more attention to the characters of Isabella (renamed Isabel) and Hindley Earnshaw (renamed Ricardo). Focusing on the middle portion of the novel shapes the film into the story of two loveless marriages and the thwarted passions consuming them from the inside. This might be an even more tactile version of Wuthering Heights than Andrea Arnold’s film: a nose print on the window, a bitten wrist, broken glass, and all the grasping and pulling you could hope to see. On two different occasions Heathcliff (renamed Alejandro) kisses Isabella on the neck, and the vampiric analogy is impossible to shake. Edgar Linton (renamed Eduardo) spears a butterfly with a pin, and later Hindley tosses a moth at a spiderweb on the wall. It’s all violent and gorgeous, but I know I’m missing some things.

That Is the Dawn (1956) – Often, in the case of a movie I had to watch without subtitles, any positive reaction I may have can easily be reduced to “I like the cut of this movie’s jib.” That’s certainly the case here. I’m on board from the first few minutes, when Buñuel captures some ecstatic footage of some boys playing. It doesn’t have much to do with what follows, or at least I don’t think it does, but it looks great. The energy of all the performers carries the movie, and I enjoyed both the bike-riding fiddler and the running gag of the guy who’s always a second too late to be served a drink. The story is serious and straight-faced, about an idealistic doctor who starts an affair and a poor farm hand whose wife is dying. I found myself very interested in each of these men, and I can’t fault the film too much for its use of a black-goateed villain. With this film, Buñuel started to transition back to the European scene.