“The air in Utopia is poisoned.”–The Decline of Western Civilization

The last year has been another extremely productive one for me when it comes to watching movies I hadn’t seen before. It had that going for it, at least. My cultural experiences of late have been nearly as distressing as the usual personal foibles. There should be no need to recount the events in the wider world, except to say that it feels as if everything is a battleground now. Nothing is innocent or neutral, and so many good things can’t even be shared across ideological lines. We’re all drowning in the mutual anger. I remind myself that, as a privileged person, I’m merely getting a taste of something that the marginalized have been trying to overcome their whole lives. Then I remind myself that, for half the population, the previous sentence is a shibboleth. It’s quite possible that I’m as lonely now as I’ve ever been, loving these works of art as much as I ever have and having scarcely anyone with whom to share them.

All that by way of setup: I am adding sixty-four movies to my favorites list this year, a personal record. (There are already some strong contenders among 2017’s movies, but as per my tradition, I’m holding them off until the next installment.) That makes a total of 659 movies that I’ve given a score of eight or better on my ten-point scale. To date, I’ve seen a grand total of 2,583 feature-length films, so I’m still pretty stingy about giving movies high scores. There are well over a thousand movies that I would describe as entirely worthwhile, just not quite my thing, at least not yet.

The Cranes Are Flying

In last year’s update, I set myself the challenge of watching some more comedies, to see if I could lighten up the next group of favorites. It didn’t really work. My tastes still lean toward darker, more high-minded work. Since at least the start of this decade, I’ve been getting almost all of my laughs from television and Twitter. There are a handful of fun and chipper movies among the new additions — in a word, they’re the movies about young people. (By “young people,” I mean high school and college-aged. There a couple movies about smaller children that are a bit more harrowing.) It’s true that Luis Buñuel, the subject of my January retrospective, was a satirist who could wield a robust sense of humor. I’m putting seven of his movies on my list, but only a couple of them are particularly funny, or try to be. Beyond that, humor is something that you have to go digging for in this group of movies, though it can be found here and there. 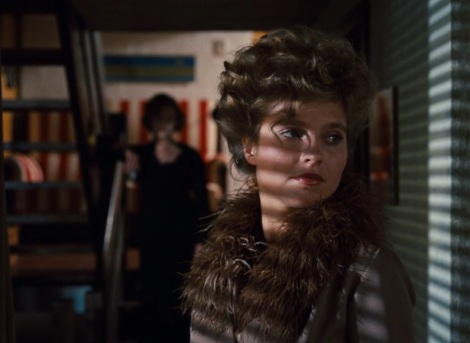 Last November, I participated in #Noirvember for the first time, watching sixteen films noir. It was a genre (or mode, or movement) that I had a lot of theoretical interest in but not much viewing experience of, so it was good to close some gaps. Around the end of the month, I signed up for FilmStruck, a well-curated streaming service. That website has dictated much of my viewing in the first half of this year, as I’ve leaned more heavily on world cinema and checked off some more all-time classics. FilmStruck, MUBI, and Netflix DVD-by-mail (only two a month now) make a formidable team, although I believe I will soon start shedding them one by one as frugality demands. The last viewing project I tackled was the entire Twin Peaks story, in preparation for the new episodes and in recognition that I couldn’t rightfully see every David Lynch movie until I’d seen his TV show as well. It was a highly life-affirming experience, and I was delighted to get a free-trial subscription to Showtime to see what happens next.

It’s Such a Beautiful Day

As I briefly mentioned in late December, my favorite movies list is unranked now. The hassle of judging every movie with that kind of precision was getting ridiculous, and I needed a new perspective. I’m already looking ahead to my preparations for what I hope will be a respectable Top 100 Movies of the Decade list at the end of 2019. Those will be ranked. Until then, they’re all going to be equals here, although you can go to my Letterboxd account to see the specific star ratings I give everything. Only two movies that I’ve revisited during the last year have slipped in my estimation so much that they’re off the list completely: The Secret of NIMH and 8 Mile. Both are now in 3 ½-star limbo. To balance that out, I’d seen two of the movies on the list below (The Magnificent Ambersons and Rock ‘n’ Roll High School) years ago, but only upon revisiting them did I give them the enthusiastic thumbs-up.

Here are the movies I’ve loved over the last twelve months: the class of 2017. There are action thrillers, horror movies, musicals, documentaries, avant-garde whatsits, and even a couple superhero movies. This year I discovered my favorite cinematic rendition of Alice in Wonderland, my second favorite movie that’s a sort of adaptation of King Lear but not exactly, and three different movies that highlight punk rock of the late 70s and early 80s. Women directors and world cinema are a small but growing contingent. There is so much to be excited about, even now.

One response to “The Class of 2017: My Favorite Movies of All Time”