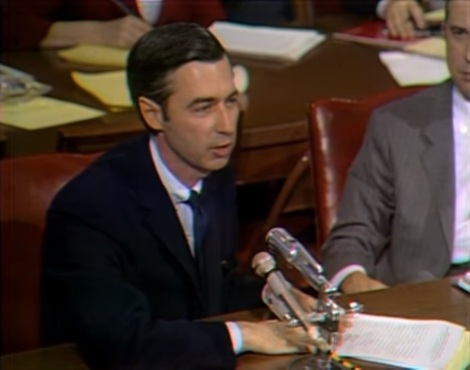 The height of my political idealism (or naïveté, as you please) was around the year 2015. Amid all the usual rancor, I felt optimistic that things could improve. One of the dreams I had, as an oscillating moderate, was for a true unifying force — some person or cultural object that was unanimously and unambiguously loved. This is a tall order in such a world as ours, but miraculously, one candidate presented itself: Lin-Manuel Miranda’s Hamilton, a show I had not, and still haven’t, seen. The praise it received from seemingly all quarters was breathtaking to behold. Here, I thought, was something we could all get behind. Then, in November 2016, came a relatively gentle kerfuffle between the cast and audience of Hamilton and the incoming vice president, exacerbated by the less measured reaction of his running mate. Lines were drawn in the sand, and this particular cultural utopia I’d dreamt up went out the window. My outlook has changed since then (which is for the best), but the impulse to find one beloved, un-problematic thing remained to some extent. In 2018, the fiftieth anniversary of the debut of his long-running children’s program, the best candidate seems to be the late Fred Rogers.

Mister Rogers’ Neighborhood has been a peripheral presence in my own life. I’m sure I watched it when I was very young, but it didn’t quite hold a primal authority for me like it has for so many others, instead quietly receding behind action cartoons and Disney products. My appreciation for the man has been more recent, beginning with this article from America Magazine last year and culminating in the anniversary and Morgan Neville’s documentary, Won’t You Be My Neighbor?, currently in theaters. Fred Rogers is held in high regard by people on the right and on the left, the increasingly rare conservative American Christian to be famous outside the fold on account of his tolerance and integrity. His program was conceived as a countermeasure and tonic in the midst of a degrading culture, and it is revisited today for the same reason.

The quality of Mister Rogers that seems to inspire so many people right now is something that speaks directly to my soul as well. It’s the Christian virtue of meekness, a gentle response to bullies and a refusal to join them in the mud. I hoped that watching the documentary would make me feel good about a truly unblemished role model. It didn’t quite work out that way. The film is fine and successfully evokes the emotions it wants to evoke. But the primary question it seeks to explore is ultimately dodged. Two funny montages illustrate that children’s programs didn’t change much between the 60s and the 80s — they remained mostly loud and fast, with an appetite for humiliation. The landscape is scarcely different today. So while everyone loves Mister Rogers, he evidently hasn’t been all that influential. Perhaps he was too saintly to be imitated, except through parody. In the documentary, one of his own sons compares him to Jesus. The film left me disappointed because it contents itself with holding up this man as an example without digging into the question of why American culture can’t, or won’t, live up to his standards.

Christianity is in a contentious place in American society, to say the least. The schism between liberals and the far left that’s been underway since November 2016 is partly a matter of praxis, of course, but there are hints that some of the division has to do with the idea of meekness. Squishy moderates want to hold an imaginary moral high ground and get along with everybody while not materially changing things, it’s believed. Still, the impulse remains strong, exemplified first by Michelle Obama’s famous/infamous motto, “When they go low, we go high,” and second by the surprising closing argument in Rian Johnson’s Star Wars: The Last Jedi, “That’s how we’re gonna win: not fighting what we hate, (but) saving what we love.” The Obamas and Star Wars are two immensely popular political and cultural forces, but, the reader may have noticed, they are not without their detractors. It’s terribly easy to sneer at these sentiments, and that sneering may have some merit.

A competing impulse of the current era is the longing for rougher forms of culture. Some promised that the manifest cruelty and corruption of the sitting presidential administration would inspire great protest art and serrated comedy. It’s probably still too early to see where the culture will go from this point, but the results so far have been largely disappointing. Comedy is still dominated by posturing late-night hosts and witless The Onion ripoffs. And as for art more generally, well, this tweet sums it up pretty well:

One might also throw in Wim Wenders’ documentary on Pope Francis to complete the trilogy of sweet and old (or dead) liberal heroes.

This all feeds into another subject, the periodical and often farcical debates on the topic of “civility.” Veiled calls for quietism have a Christian ring to them as well, and I admit they are compelling sometimes. Karen Swallow Prior, writing at The Gospel Coalition, cites Proverbs 25:15, “With patience a ruler may be persuaded, and a soft tongue will break a bone.” Naturally, this ideal of turning the other cheek and laying down our lives like lambs will look like weakness and foolishness to the rest of the world, but therein lies its power. On the other hand, Talia Lavin at The Village Voice cites the prophet Jeremiah, who didn’t flinch from condemning the evil rulers of his day in the harshest of terms. There’s some wiggle room in this debate, but it gets at an important truth: in this world, what’s morally preferable and what’s politically efficacious will not always line up. I can wax eloquent about how important it is not to compromise our standards because whatever temporary victories the forces of evil may attain, they will be destroyed in the long run. But in terms of politics, it remains essential to agitate on behalf of the health and safety of real people in the here and now. Every peaceful form of protest has been and will be attacked, and the urge to accommodate people who will call you an extremist regardless is a puzzling one.

So where does that leave Fred Rogers? Pleasant and ineffectual? Conveniently dead and therefore unavailable for voicing an unfortunate opinion? An unusable hypothetical alternative? I suspect that many voters who chose the Republican presidential candidate in 2016 would quickly agree that, had someone like Rogers been on the ballot, running on roughly the same Republican platform, they would have preferred him to the choice they got, but that they’re doing the best they can with what they have. All in all, the outpouring of love for Rogers and his work hasn’t been the bridge over a political chasm that we might hope it would be. Maybe it’s time to let go of that impossible ideal. Unifying the world is not the prerogative of mere mortals. I am never going to get along with everybody, no matter how winsome and meek I may present myself. That’s not a reason to abandon those virtues. On the contrary, the idea of sacrificing oneself, of giving up power so that Christ’s strength may be made perfect in weakness, is still a divine dream. I just need to be careful to parse out how much of that dream is Christianity, and how much is Obi-Wan Kenobi.