Three years in, the Academy’s idea for adding drama to the nomination process (by leaving the number of Best Picture choices uncertain) doesn’t seem to be working. We’ve gotten nine films each time, regardless of the strength of the films in competition or the specifics of the campaign. Maybe they ought to just settle on that number, as it is a fine number and Oscar journalists deserve a break. I still don’t think any number between five and ten is “too many,” because doggone if some great movies didn’t get snubbed anyway.

American Hustle and Gravity both received ten nominations, and 12 Years a Slave picked up nine.

I’ve only really been paying attention for a few years, but the routine seems pretty predictable. As the year comes to a close, movie critics are tired but elated, thrilled for the chance to celebrate another great year for movies. A couple weeks later, the Academy of Motion Picture Arts and Sciences chimes in, and the letdown is palpable because most of the great movies are not adequately feted. Twitter was a depressing place this morning. If it wasn’t that the wrong person or film got nominated (which, for the most part, it was), then it was that the right person or film got nominated but will surely lose to someone or -thing awful on March 2. There’s a tug of war between rage and apathy — between embarrassment for the Academy’s perennial status as the general public’s measure for cinematic achievement, and the disillusionment with the process that is bound to happen to anyone who pays much attention to it. For so many reasons, there’s simply nothing to get riled up about here. At the same time, the marketing is inescapable. As for myself, I plan on enjoying the ceremony and perhaps talking about movies a little bit with my family. Six of my ten favorite movies of the year got nominated for at least one award. That’s more than enough for me.

What to do with the omissions in this category? I mean, no Inside Llewyn Davis (boo!), but no Saving Mr. Banks either (yay!). As I’ve done the last few years, I will recuse myself from any real commentary about the whole field — even before the nominations were announced, I knew that most of the picks would be movies I hadn’t seen. Two out of nine is pretty lame, but I have a month and a half to watch some more (Her and The Wolf of Wall Street are at the top of my to-watch list). Right now I’m rooting for Gravity, of course, but I think 12 Years a Slave would be the winner that disappoints the least people.

The strongest backlash so far has been against American Hustle. An awful lot of people seem to hate it. It got nominated in all four acting categories, but this is the one that seems to be the most upsetting to people. I must admit, the charge that Bale is basically walking Oscar-bait who only got picked because he changed his appearance makes a lot of sense. The word on the other four performers in this category, thankfully, is very positive.

I thought Bullock did exceptional work. Outside of the direction and special effects, she’s the best reason to watch Gravity. I haven’t seen the other films, but I certainly like these actresses. There’s not much to do besides shrug at yet another Streep nomination, but maybe Blanchett will win. 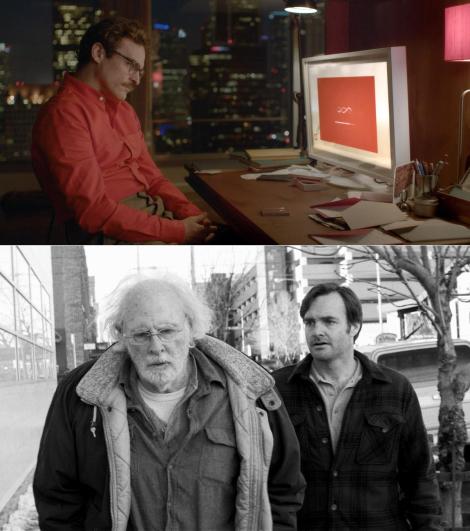 A lot of people find the Oscars boring, both in concept and execution, but on the other hand wacky stuff like Jonah Hill getting nominated twice in three years can sometimes happen. I don’t have much at stake in this race either. Abdi was impressive in Captain Phillips considering he’d never acted in a movie before.

Again, I didn’t see any of these. I spent most of last year catching up with older movies, so this post is news, not analysis. Lawrence seems to be the favorite, which is disappointing a lot of people, but she has had unbelievable success at a very young age.

No surprises here. Ever since the Best Picture field was expanded, this category has been helpful for narrowing the field of likely winners. Of course, the three movies with the most overall nominations are the frontrunners. The question is if the same film will win both awards.

There are two bad movies on this list and two that I haven’t gotten the chance to see yet. That leaves Frozen, which I liked but did not love. I can’t wait to see the Miyazaki film, though. If it ends up being his last, then a win would be very nice. Pixar got shut out this year.