This past decade was an important transitional time for me. It began with me entering my final semester of college, and it ended with me finally moving out of my parents’ house. (Voice of a generation, that’s me.) In terms of movie watching, I made leaps and bounds over this ten-year span. Ten years ago, I’d honestly barely seen anything. Since then, I’ve more than tripled my total number of films seen. As I always like to say, I’ve reached the point where I know how much I don’t know. The hope of any list-making endeavor is, well, first of all, to impress the reader with the breadth and depth of my taste. But on the humbler side, I want to reach the point where my choices can be truly idiosyncratic, not just a reflection of consensus and the stuff that’s widely available. I’m not there yet, but I still feel really good about all 100 movies I’ve chosen for the list below, out of a total of 948 movies made between 2010-2019 that I’ve encountered so far.

List-making is contentious for good reasons, so another project I’ve been working on for months is a more egalitarian montage of all my favorite films from this period (199 feature films made the cut, along with 30 miscellaneous motion picture thingies.) There’s no telling the story of my development as a moviegoer without dealing with supercuts and video essays. I started watching the year-in-review videos posted on YouTube right around the beginning of the decade. I’ve since lost interest in that kind of smorgasbord of loosely connected trailer material. The quality of the videos seemed to plateau after a few years. But then I discovered David Ehrlich’s annual countdown of his favorite movies of the year, which reinvigorated the whole idea for me with its superior cohesion and narrative drive. I didn’t want to copy the same formula, but I think my own video shares a love for editing to the rhythms of music. See it here for yourself.

If this assortment of footage from all over the world is arranged to tell a kind of story, the story isn’t a happy one. Much has been said about dwindling theatrical audiences and the technological changes that call the whole idea of “movies” into question. In the future, will everything just be “content” that we half-watch on our devices, consigning cinematic art to museums and the homes of its remaining champions? Has my passion for the medium come about too late in the game? We’ll see. I have to say that I spent much of the past year looking ahead to finishing this video, without much thought to a future beyond it. I’ll keep watching new movies for as long as they make them, and maybe in ten years’ time there will be enough new classics to inspire another video. But this felt like something that had to be done now if it was to be done at all.

Now to the films in question. My number one film of the decade will come as no surprise to anyone who knows me well. I’ll forever regret missing my chance to see it in the theater, but my multiple viewings at the end of 2011 cemented its place as a crucial marker in my newfound love for impressionistic cinema. It might be my favorite movie of all time, but I still don’t like having one answer to that question. My pick for filmmaker of the decade, as it turns out, is this guy: 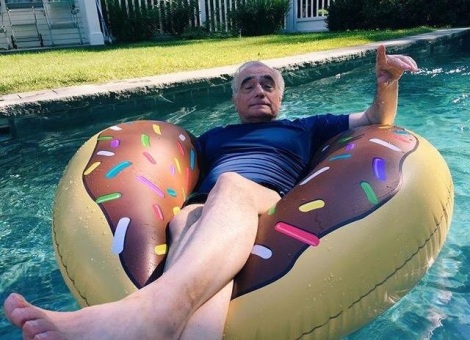 I’m as surprised as anyone by this development. Scorsese had not previously been a favorite of mine, but I learned to appreciate him more in the last several years, and he made four of my favorite movies of the decade, more than anyone else. The directors who contributed three movies to that larger list of 199 include Christopher Nolan, Hong Sang-soo, the Coen brothers, Johnnie To, Olivier Assayas, Richard Linklater, Sean Baker, Terence Davies and Terrence Malick. Those runners-up are, again, a pretty basic Film Buff 101 group for the most part, but they’re all great.

The year 2019 got a bit shortchanged in the final results, but that’s just how it works with the rush to get these lists done right at the end of the decade, if not before. Certainly the story of any given period of time is forever in flux. There’s always more to see.

One last note: as you can tell from my video, I make no distinction between films in the traditional sense and other video-based art. New technologies have collapsed those distinctions in many ways. But if you’d still like to be a purist and ignore the three instances on the list below of TV masquerading as movies, simply plug in my #101 (Hale County This Morning, This Evening), #102 (A Quiet Passion) and #103 (Museum Hours) to the end of the list.